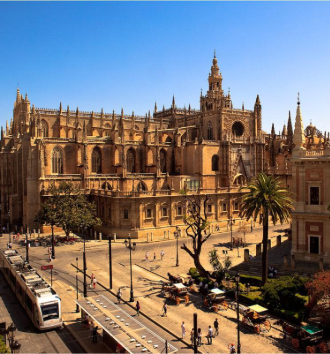 The Cathedral of Sevilla 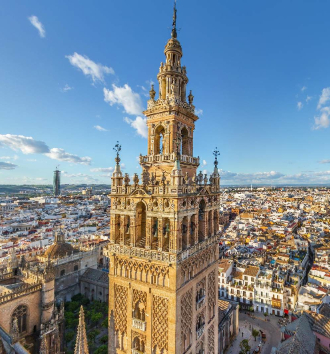 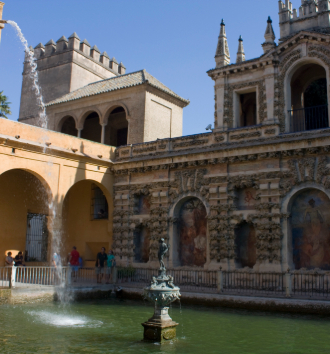 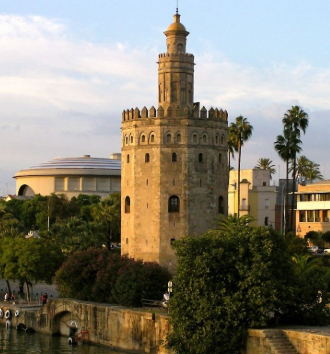 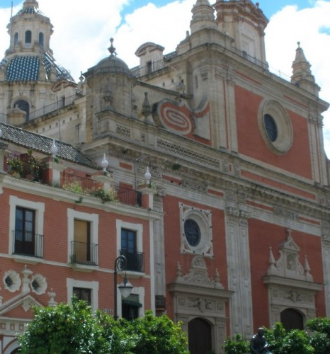 Church of the Divine Salvador 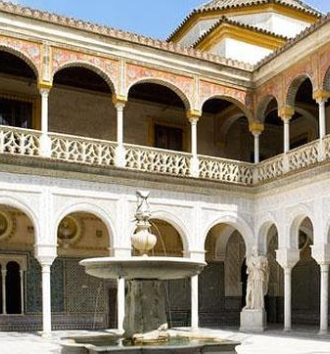 Casa Pilatos: The Renaissance in its purest form 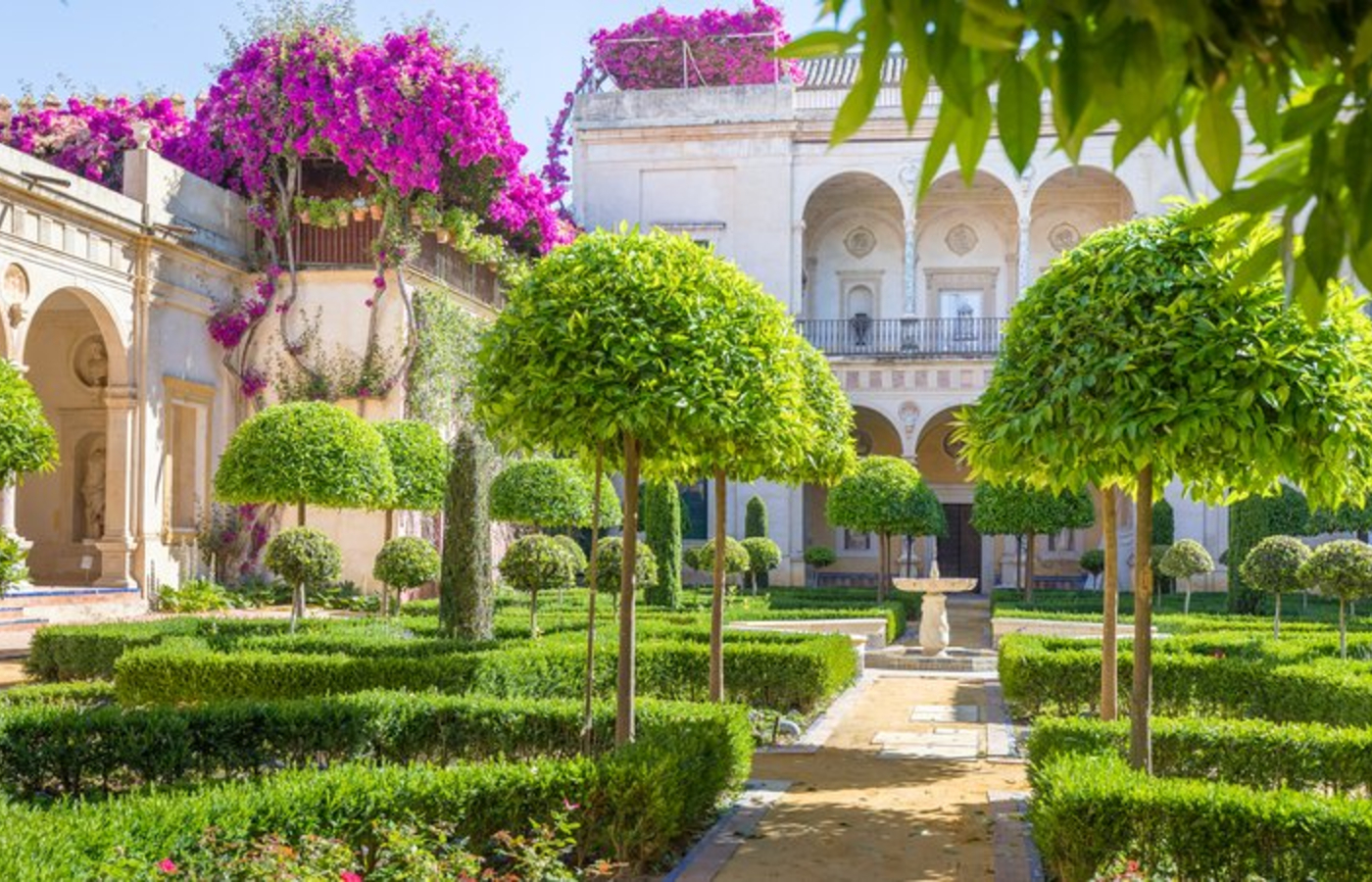 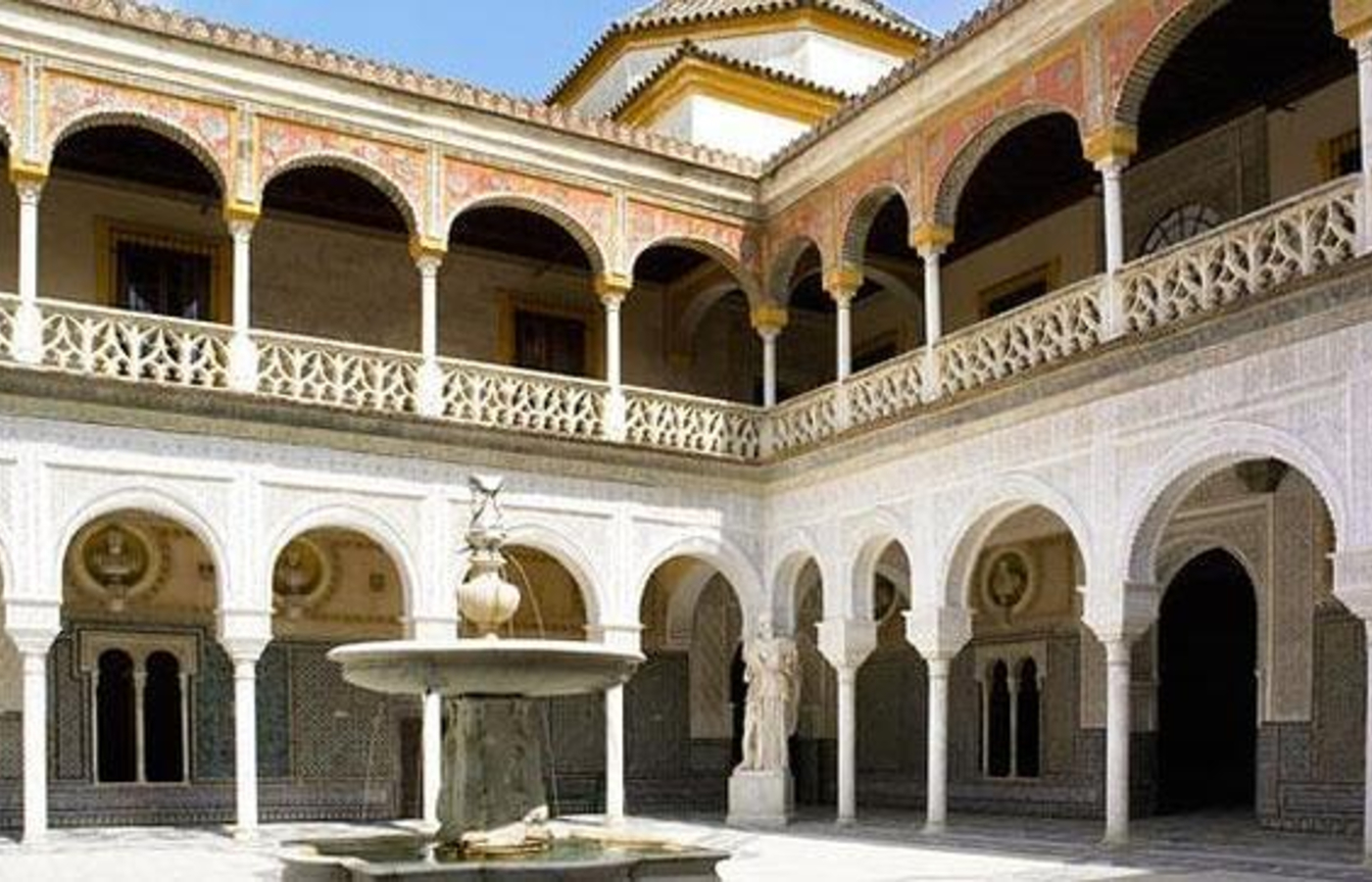 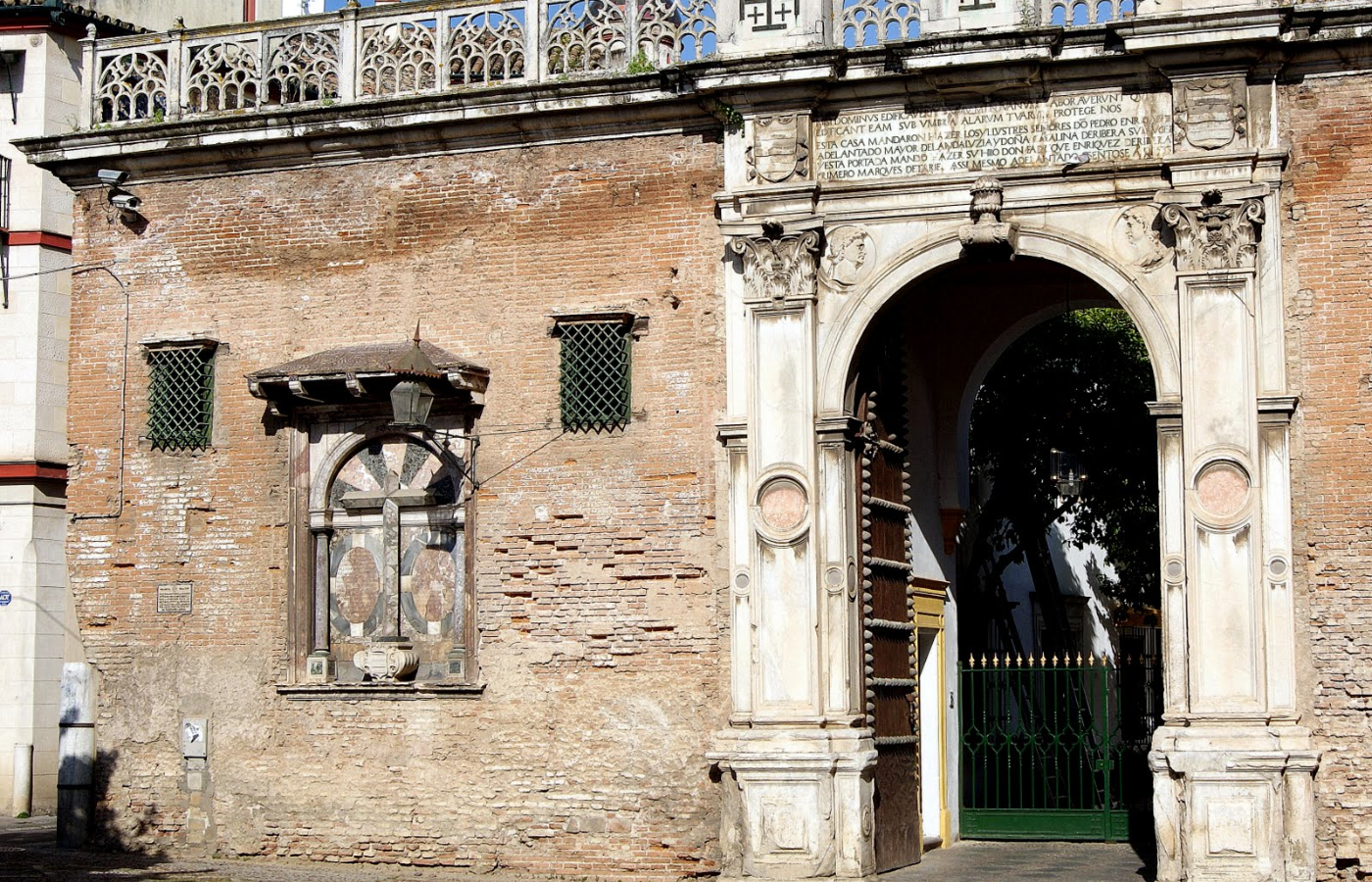 The Casa de Pilatos is a combination of Italian Renaissance styles and the Spanish Mudejar style. It is considered a prototype Andalusian palace. Construction of the palace began in 1483, at the initiative and desire of Pedro Enríquez de Quiñones (IV Adelantado Mayor of Andalusia) and his second wife, Catherine de Ribera, the founders of the Casa de Alcalá. The work was erected on several plots that had been confiscated during the Inquisition. In 1493, the death of Pedro Enríquez left Doña Catalina in charge to undertake the initial configuration of the palace. His son, Fadrique Enríquez de Ribera, and his grandson, Per Afán de Ribera y Portocarrero, expanded and completed the decoration.

Fadrique Enríquez (the first Marquis of Tarifa) was a nobleman on horseback from the late Middle Ages and modernity, represented by the Renaissance. Between 1518 and 150, he made a pilgrimage to the holy city of Jerusalem, where he passed through Italy and was deeply impressed by the Renaissance art he saw in the Italian cities. Upon his return, he transferred those Renaissance styles that he had observed to the Casa de Pilatos, combining the Italian Renaissance style with that of the Sevillian Mudejar in the expansions he made to the palace, occupying several annexed plots of land. Per Afán de Ribera, nephew and heir of Don Fadrique, was a great art collector who grew his collection during his stay as a viceroy of Naples. He made reforms between 1568 and 1571, installing his vast collection.

The Cathedral: The largest Gothic temple in the world 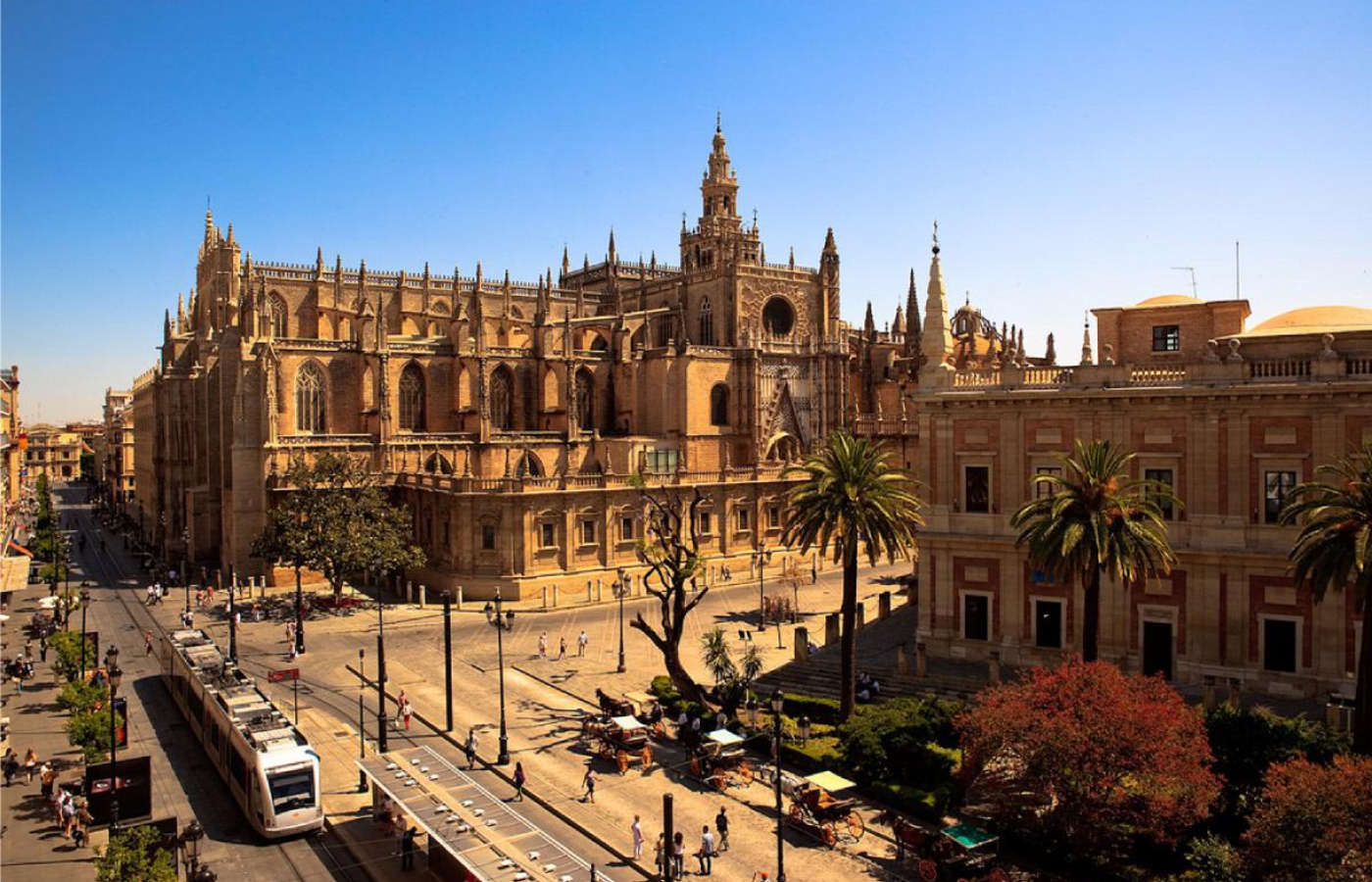 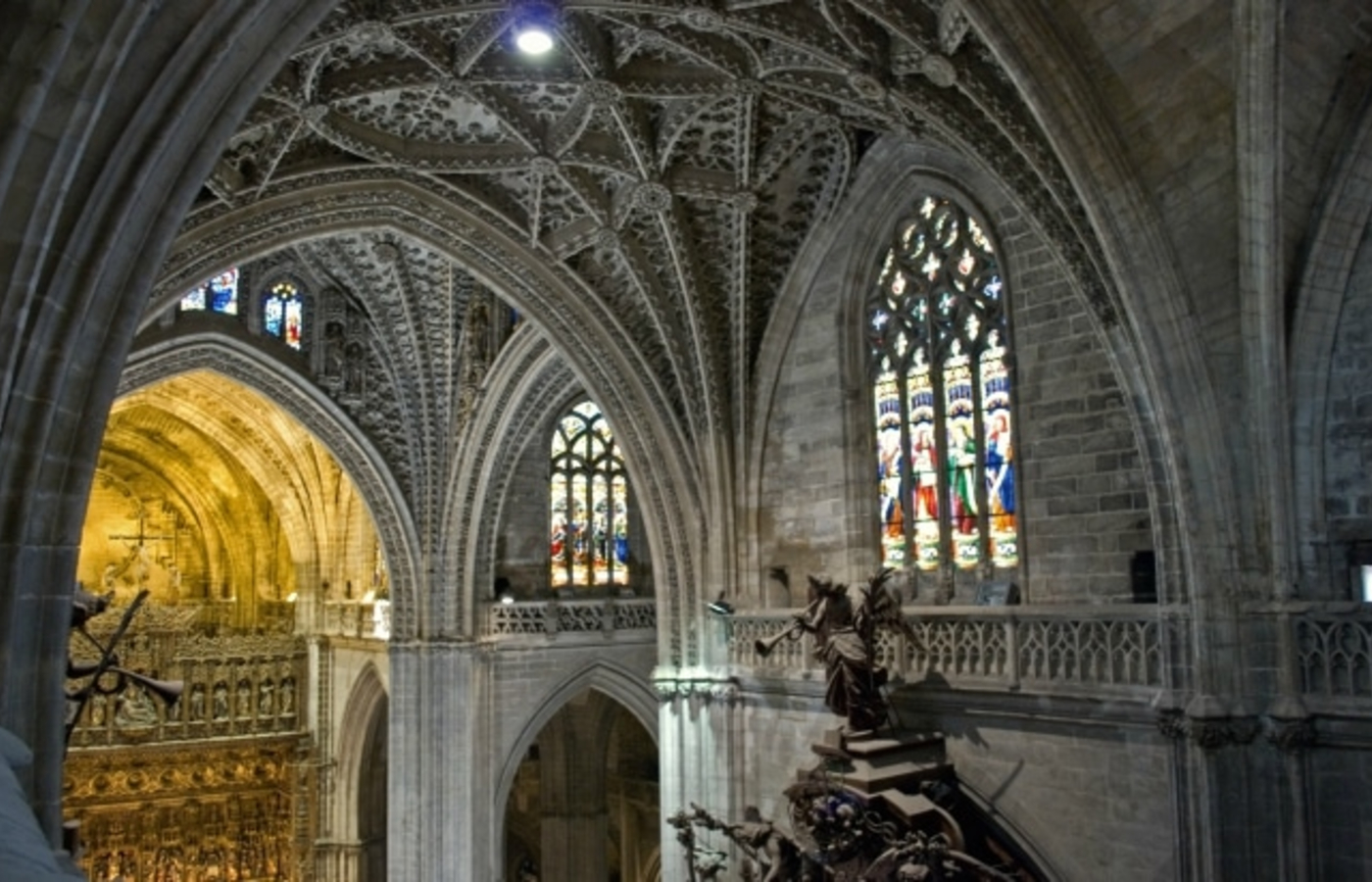 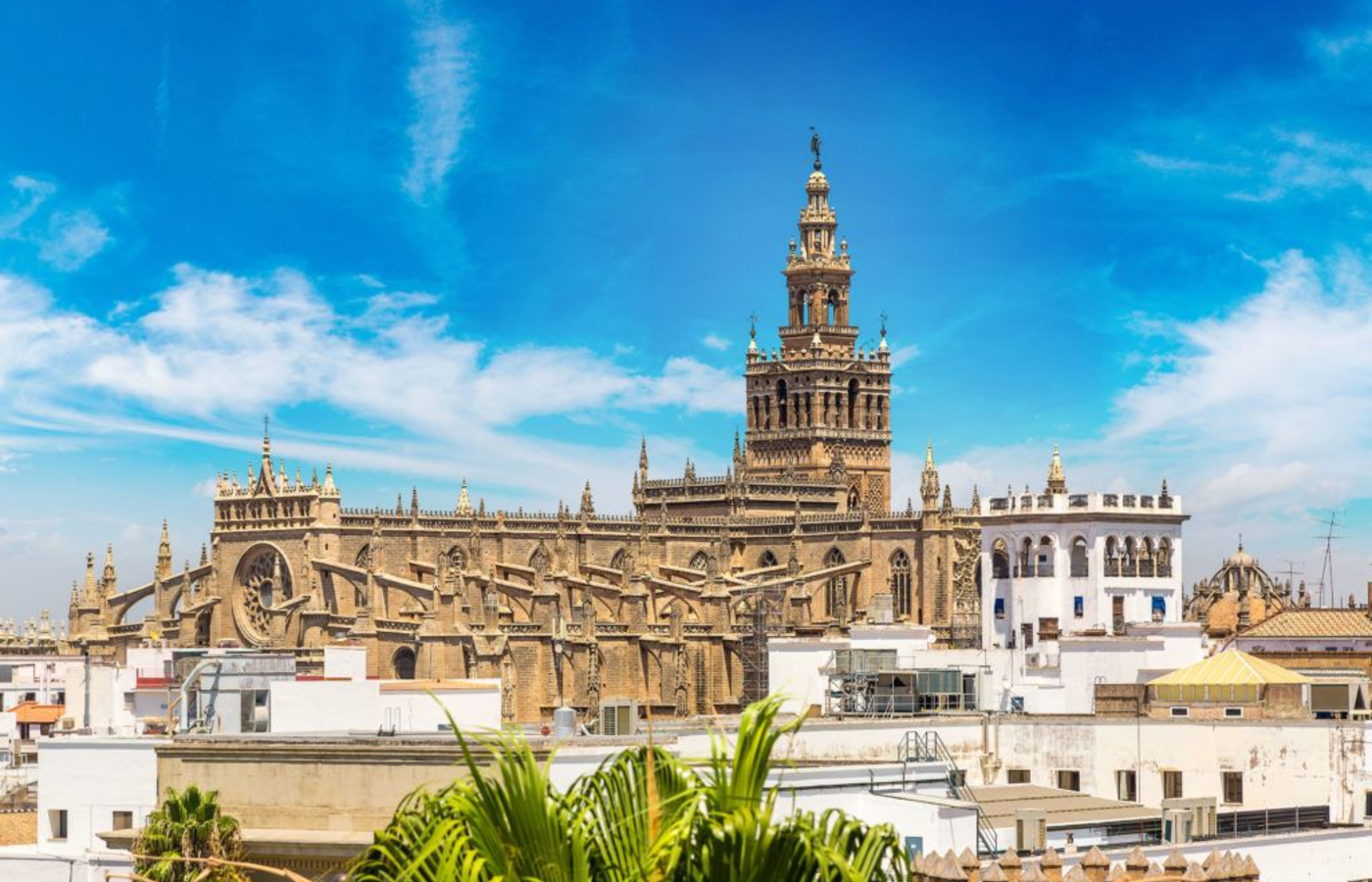 Also known as the Cathedral of St. Mary of the See, it is the largest Gothic cathedral in the world and the third Christian temple after St. Peter’s in Rome and St. Paul’s in London. Since the conquest of the city, on November 23, 1248, the building of the aljama, or the Almohad Mosque, was converted into the cathedral of the archdiocese of the Kingdom of Seville.

The construction changed the liturgical orientation of the mosque, which was towards the south, for the Christian orientation towards the east, placing the Main Chapel on the east side. With the passage of time, the walls, facades and pillars were covered with altarpieces and paintings. At the end of the fourteenth century, the mosque was badly damaged, at risk of ruin. The cathedral Cabildo decided to demolish the Almohade building to build a Christian cathedral. Its construction was carried out in several phases over more than 500 years, resulting in a mixture of several architectural styles that provide its special beauty.

The Salvador church: Splendour of the Baroque 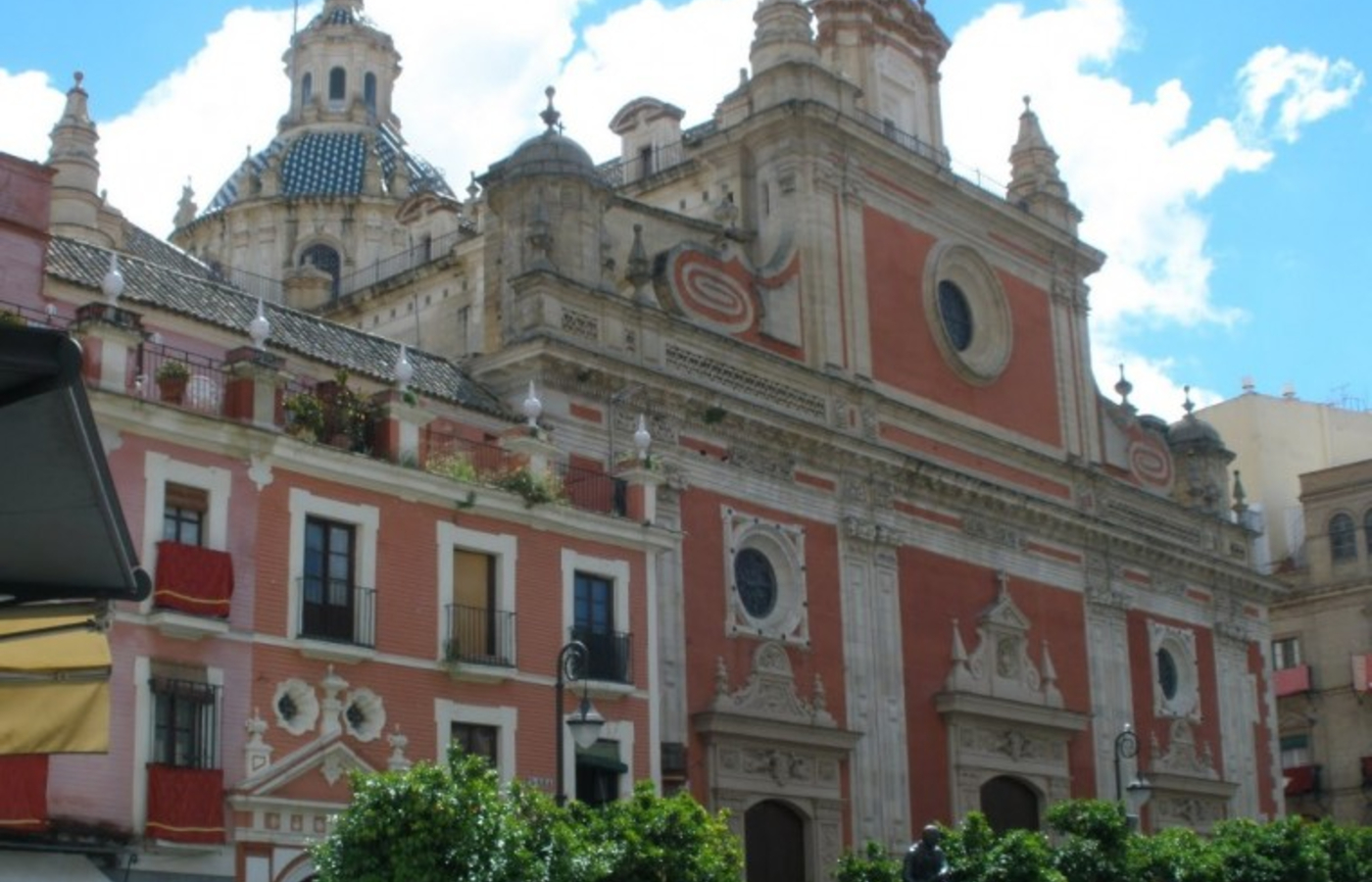 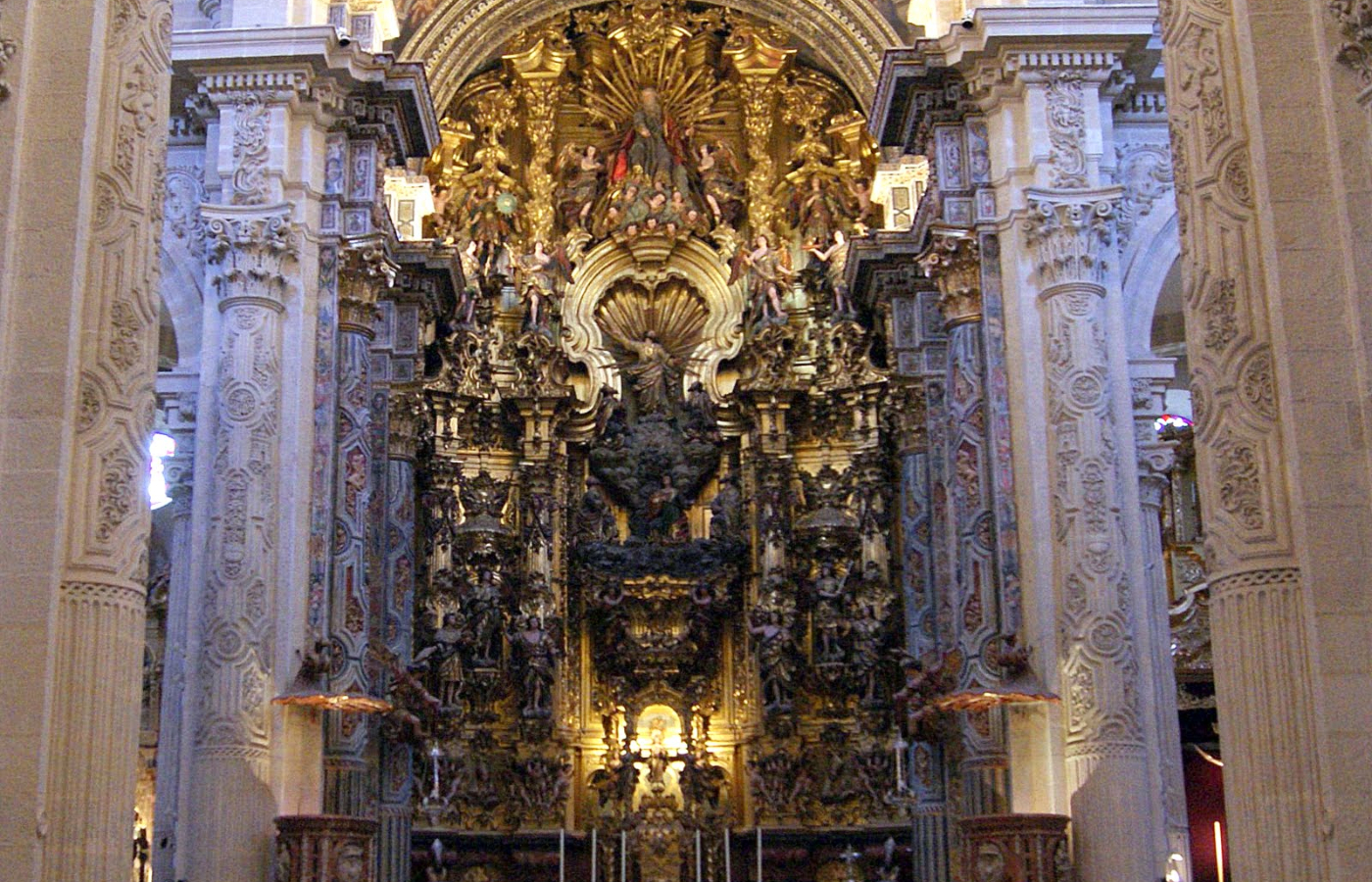 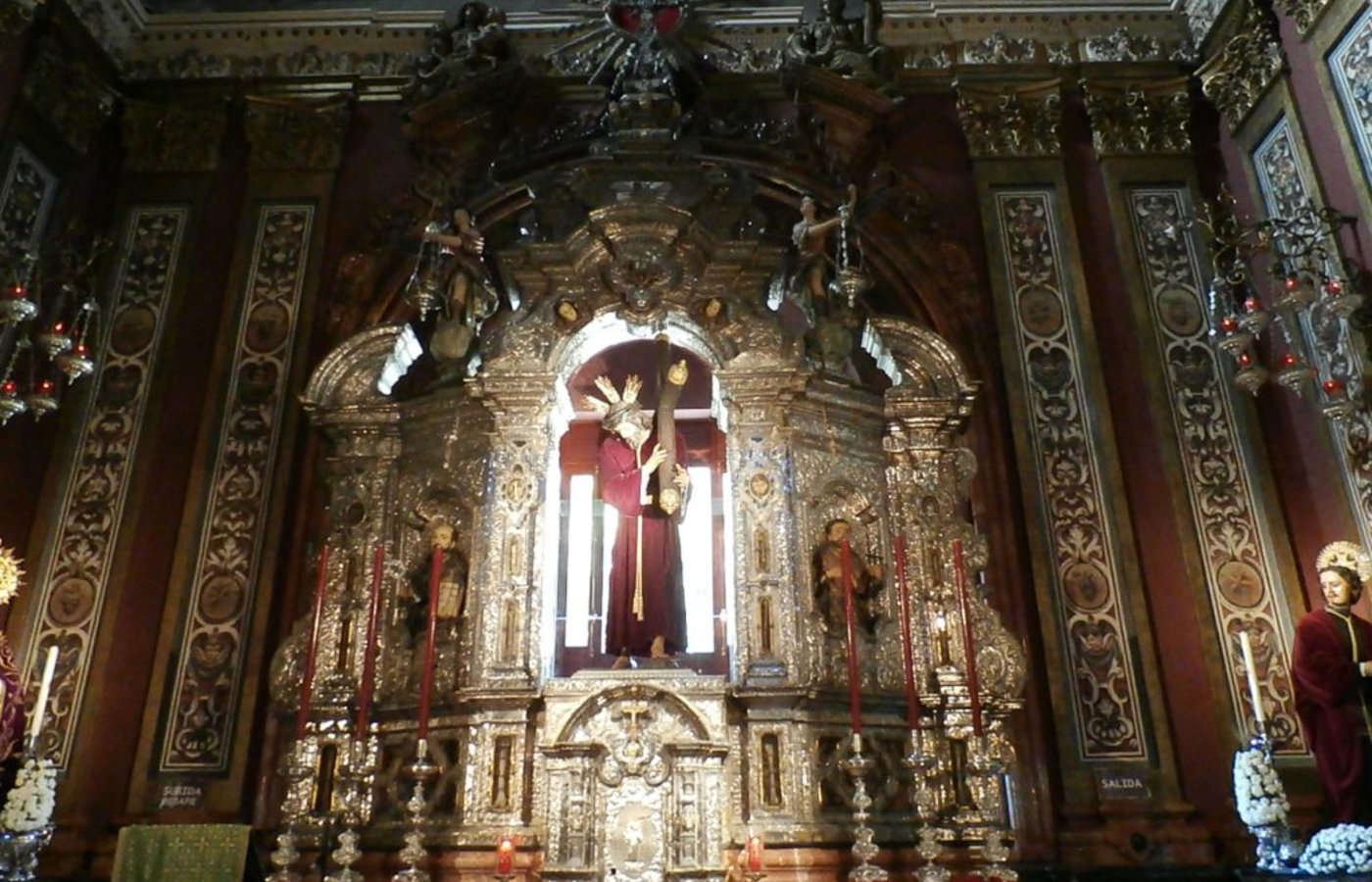 The Salvador is a religious temple for Roman Catholic worship under the patronage of Our Lord San Salvador, located in the Plaza del Salvador in Seville and is the largest church in the city, after the Cathedral. Deprived of its parish ranking after the latest restoration work, it currently functions as an exempt church, within the parish jurisdiction of San Isidro. In its patio, you can see glimmers of the Roman and Visigothic eras.

The building was erected on the remains of the Ibn Adabba, the Great Mosque of Muslim Seville (ninth century). This religious temple, as well as its surroundings, had great importance in the daily life of the people, which is why when the Christians conquered Seville, they allowed it to be used as a mosque in the beginning, but in 1340, it was converted into the parish of Salvador. In addition, it was agreed to maintain the ostentatious rank of the second temple of the city; for it was granted a collegiate character. Thus, this building would continue to be used religiously until 1671, when the passage of time left it strongly deteriorated. Its construction as we see it today began in 1674 with the architect Esteban García. Work ended in 1712 under the architect Leonardo de Figueroa. Later it would again be restored with work ending in early 2008, returning the temple to all its splendor.

The Giralda: The most emblematic monument in the city 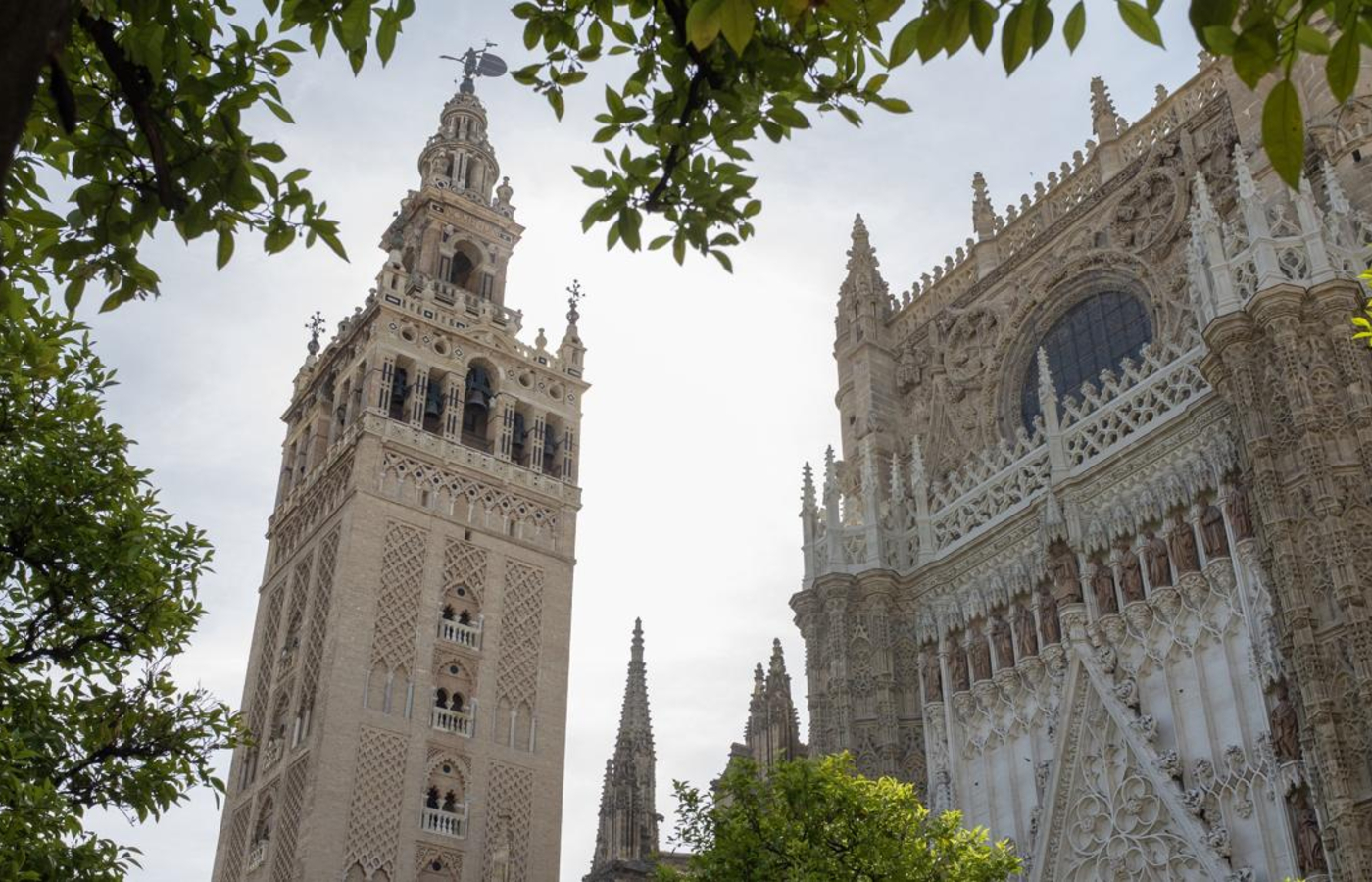 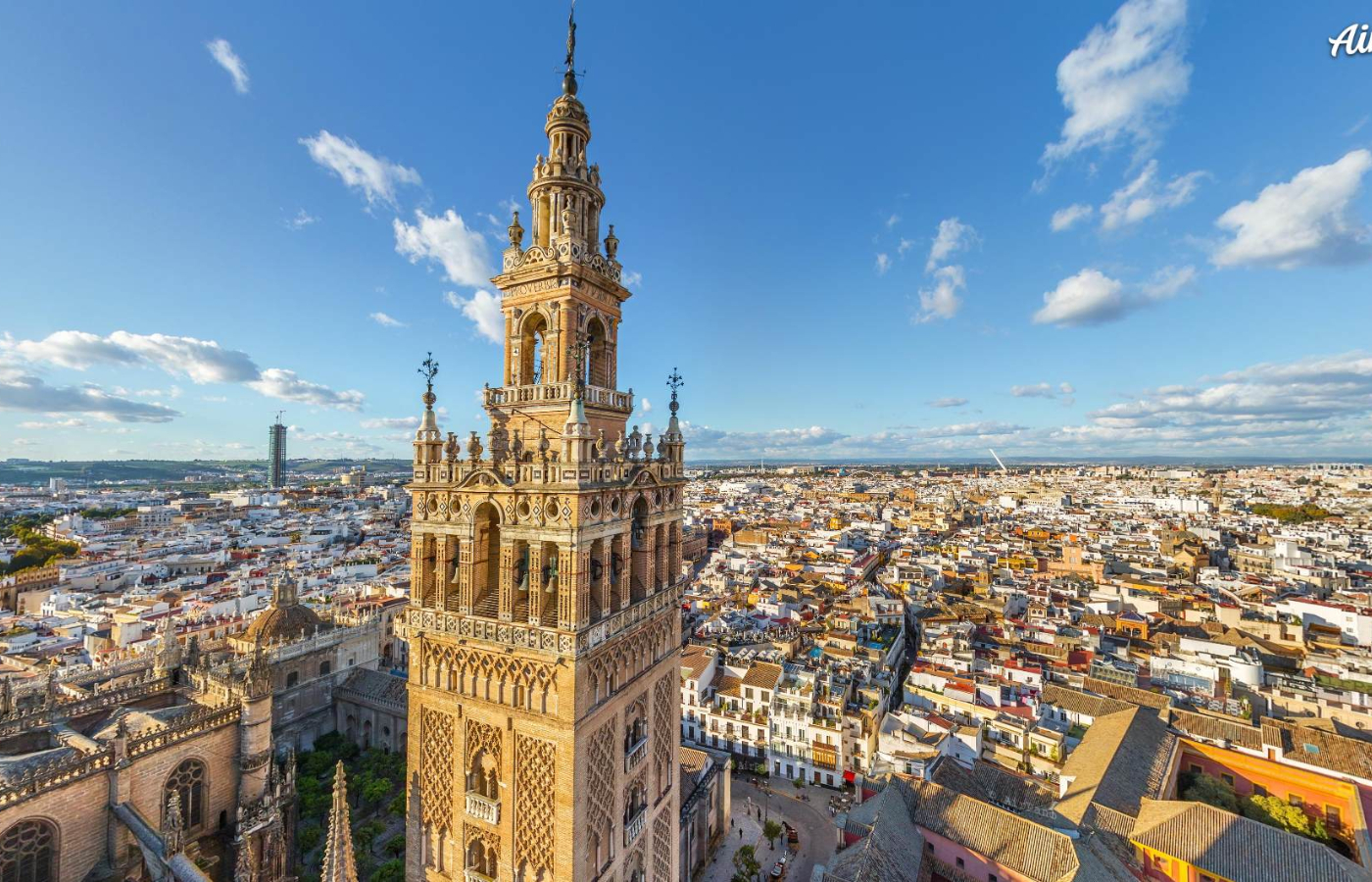 The Giralda is the bell tower of the Cathedral. It its day, it was the tallest tower in the world, standing at 97.5 m in height, in addition to being one of the most famous images of the city and Andalusia. The tower consists of two different but perfectly unified pieces, a perfect example of the crucible of cultures existing in the city.

The Muslim body is the oldest part, started in 1184 by order of Abu Yaqub Yusuf to be the minaret of the Almohad mosque of Seville. A curious fact, the Giralda does not have stairs, but instead has 35 ramps wide enough to allow the Sultan to ascend mounted on horseback to see the beautiful view.

In the 17th century, the current Christian part, the bell tower that tops the tower, was added by the architect Hernán Ruiz. The top of the tower is the “Lily section” which has four jars of bronze lilies, one on each corner. And above this, there is still another section in a more Renaissance style. On December 29, 1928, it was declared a National Heritage site, added to the list of Heritage of Humanity sites.

Price
Adults: 8 € (includes visit to the Church of Salvador).
Entry tickets can also be purchased at the Salvador. Reduced price: 3€ (students <26 years old, retirees). Free for natives and residents of Seville and the province, the unemployed, disabled, and a companion, <16 years of age, accompanied, and authorized groups. Free Mondays from 16:30 – 18:00.

The Real Alcázar: An ensemble of palaces 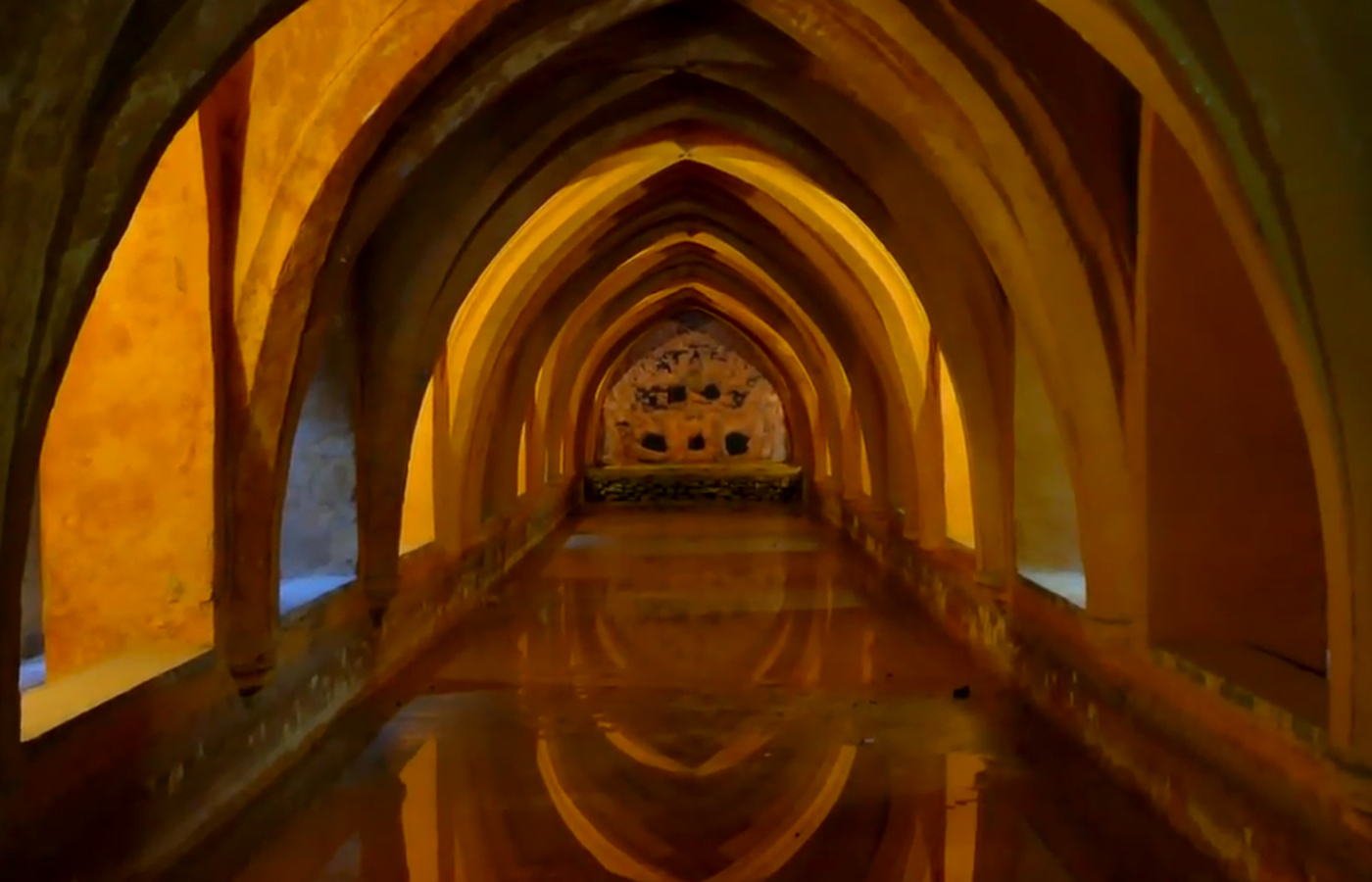 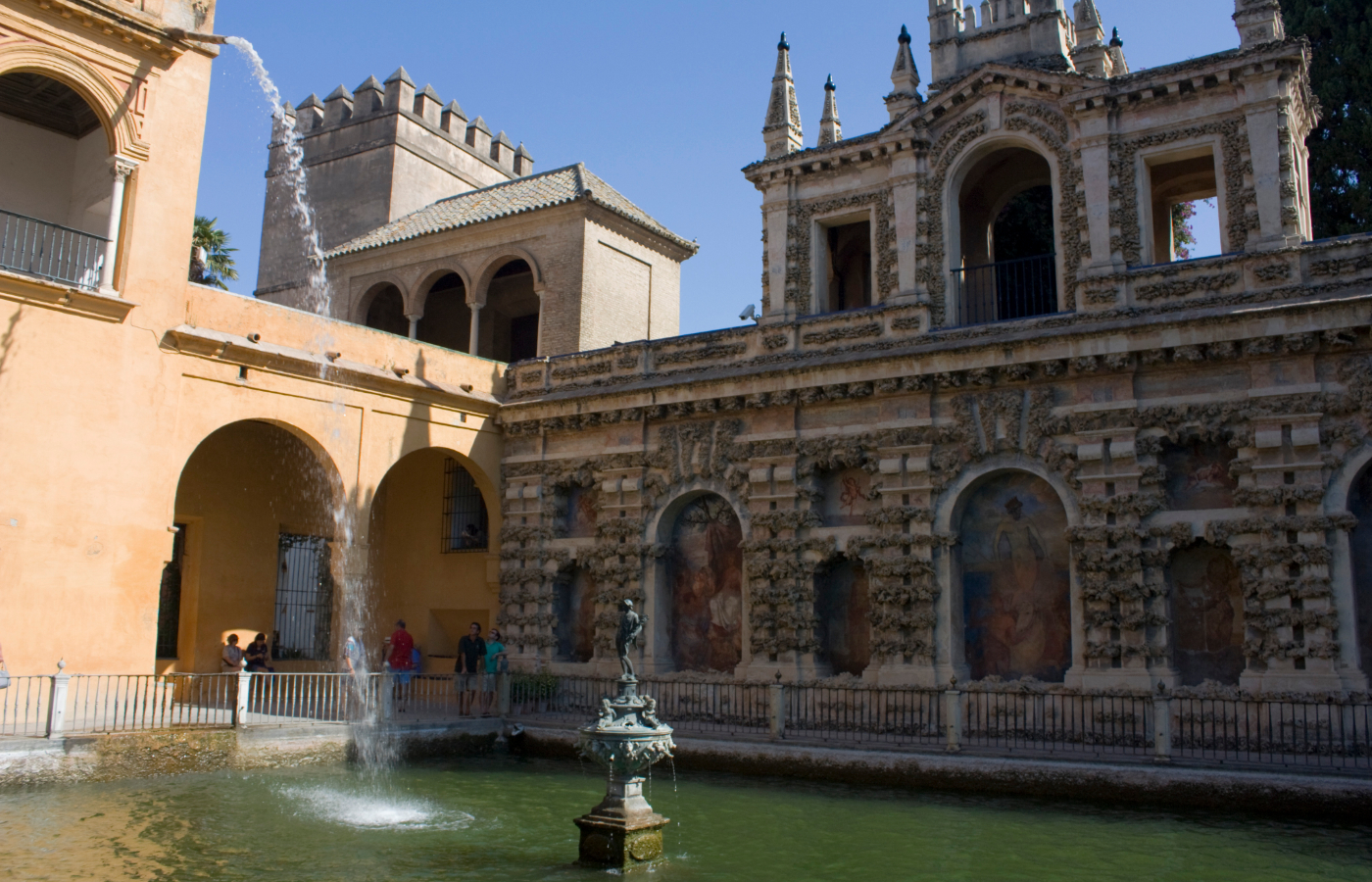 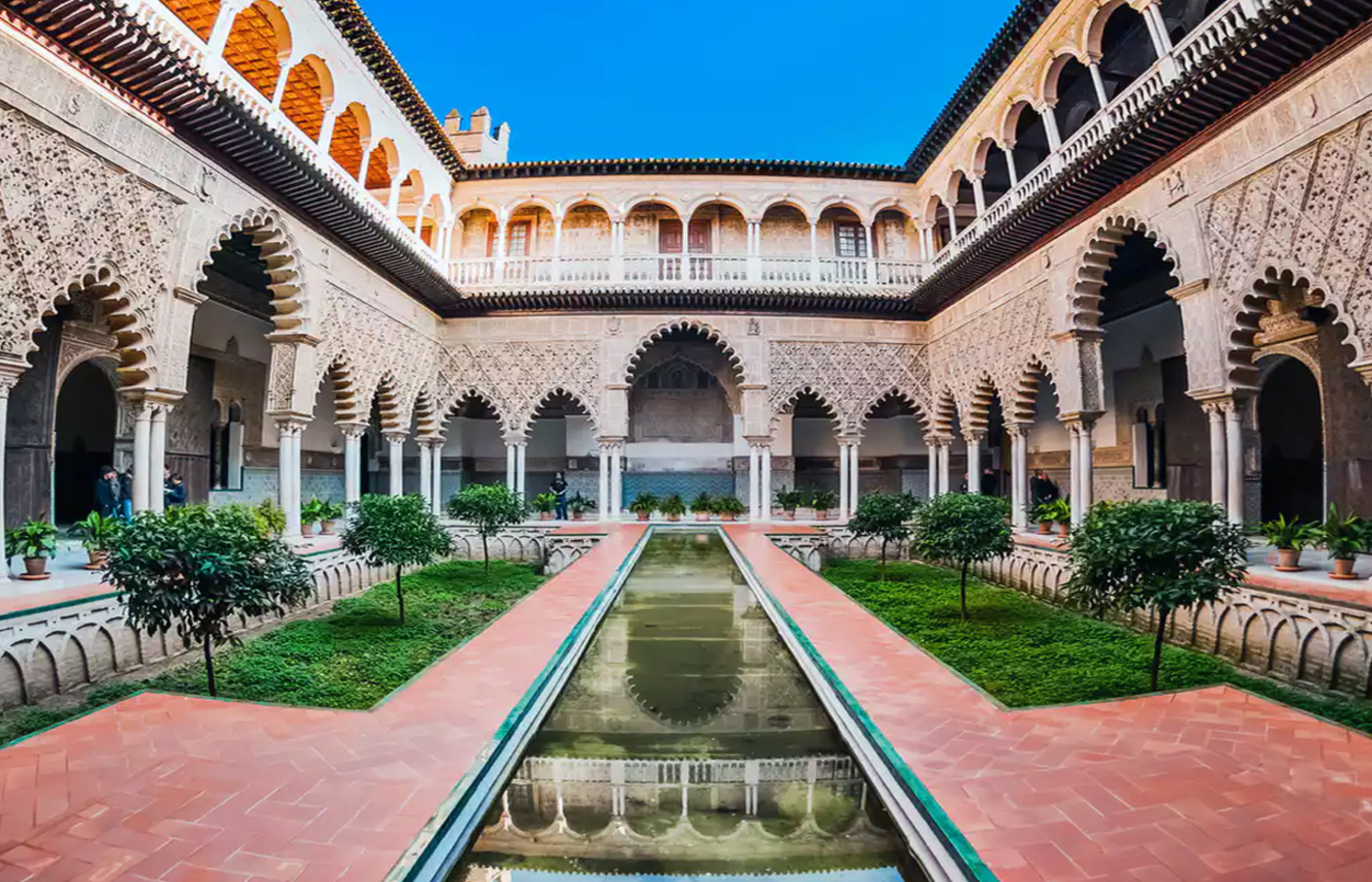 The Alcázar of Seville has always been used as lodging for kings and important personalities. It is made up of different buildings from different eras. The original fortification was built on an old Roman, later used by the Visogoths. Later is became a Paleochristian basilica (San Vicente Mártir), where San Isidro (Saint Isodore) was buried. The Real Alcázar of Seville began to take on its present appearance after the Arabs took over the city in the year 713. One of the palaces that surrounds two courtyards is of the same era as the Alhambra of Granada. To carry out the work, important craftsmen were sent by the Nasrid King Mohamed V. After the reconquest of the city, in 1248, the “Reales Alcázares” were of the successive monarchs. Alfonso X the Wise made the first reforms, creating three large Gothic salons. Pedro I later decided to build the wonderful Mudéjar Palace.

Strolling through the Alcázar Gardens can be one of the most unforgettable experiences of your visit. They are arranged in terraces, with green vegetation, a multitude of orange and palm trees, with fountains and pavilions where you can breathe the freshness and stillness; a place for calm and rest in the hot city. The Jardines del Príncipe (the Prince’s Gardens) are especially notable, with the Fountain of Neptune, and the Jardines del Naranjal (Naranjal’s Gardens), with the fountain of the Lion, and the Pavilion of Carlos V, where King Fernando III died. The rest of the gardens are more modern, and in them, we can find the shield and name of King Alfonso XIII.

Declared a World Heritage Site by UNESCO, the Real Alcázar has also been the scene of several productions, such as The Kingdom of Heaven, Alatriste or Game of Thrones. 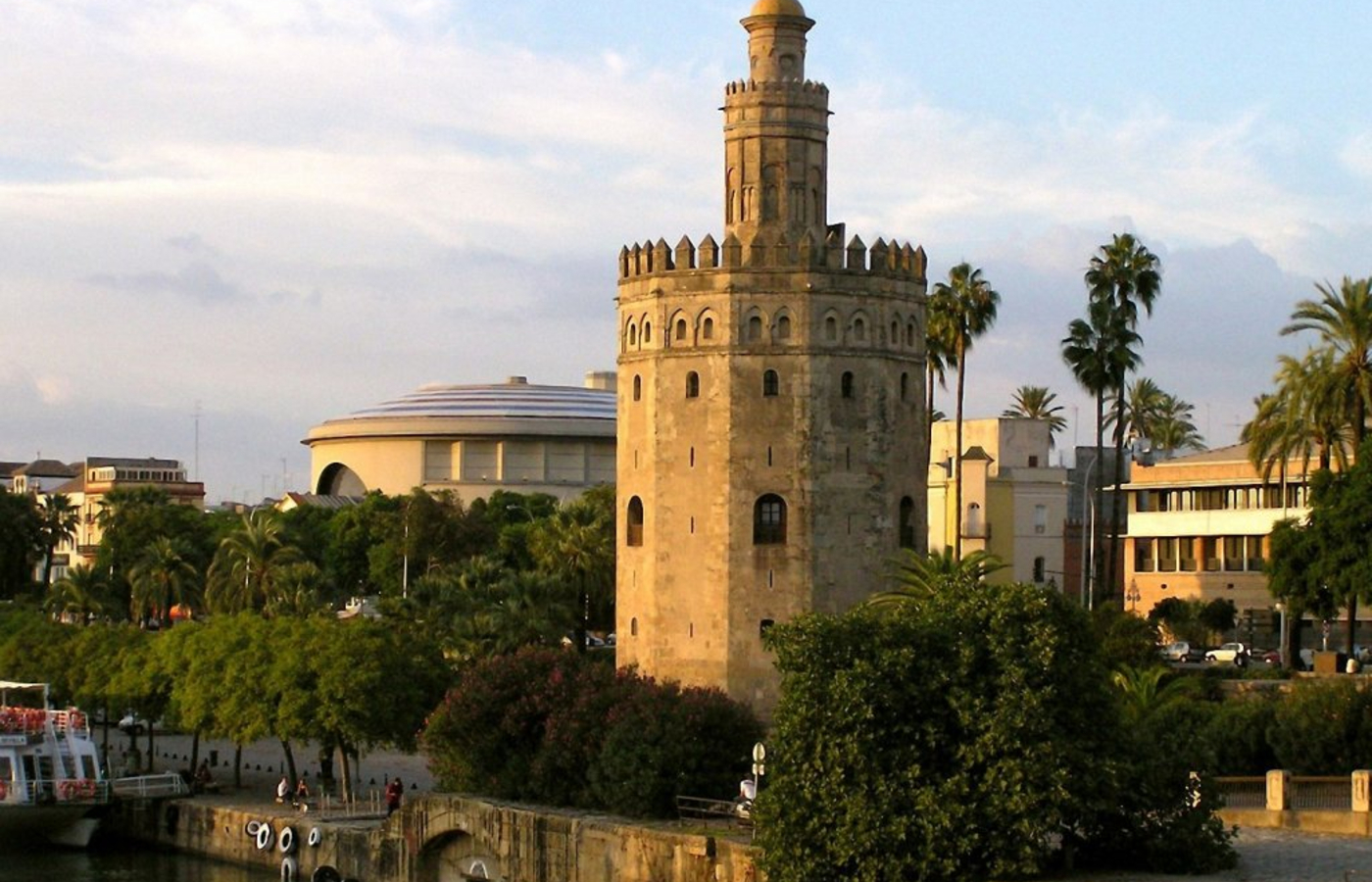 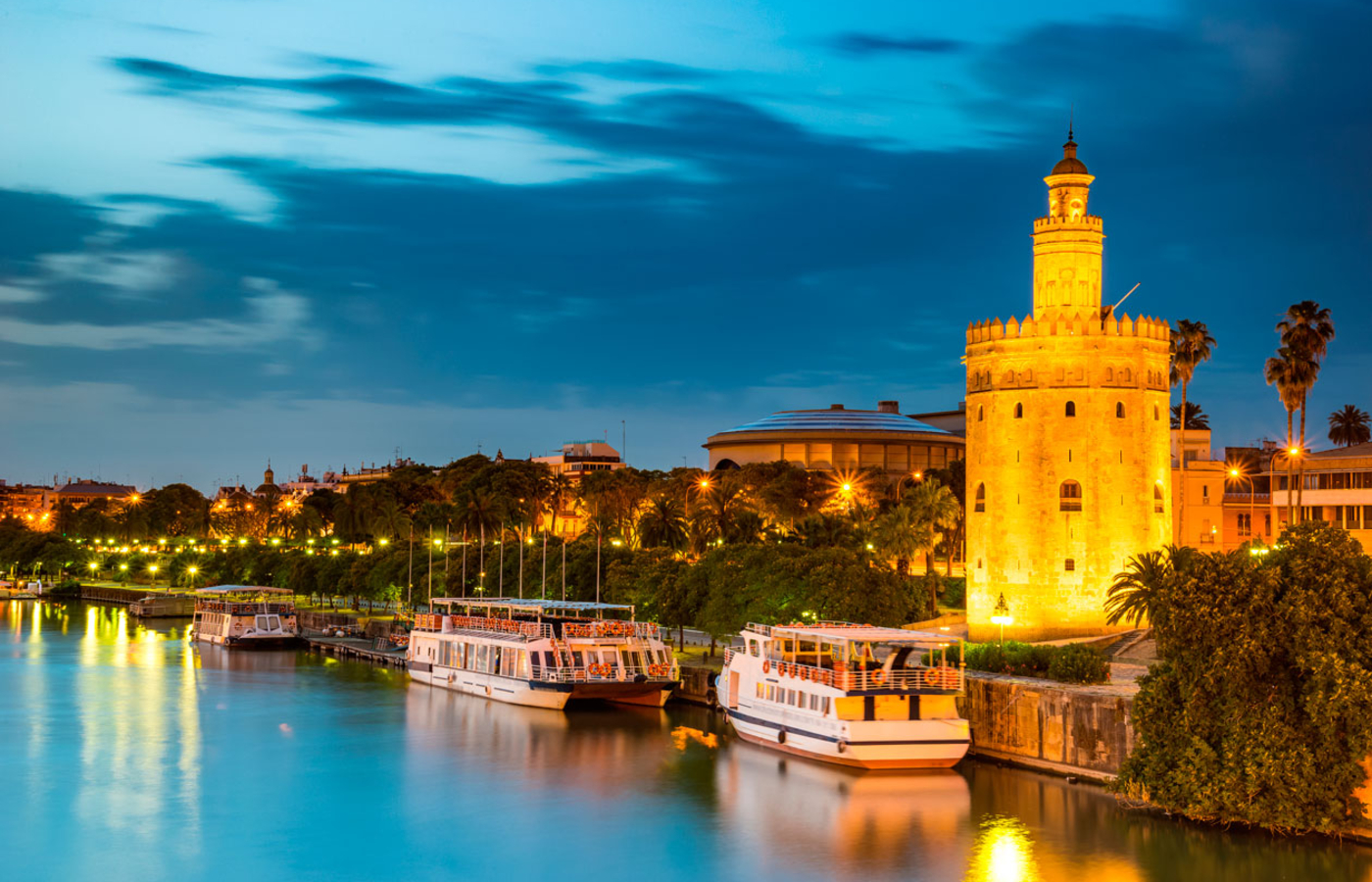 It is a watchtower located on the left bank of the Guadalquivir river, in the city of Seville, next to the bullring of the Real Maestranza. It is 36 metres tall. It closed the passage to the Arenal with a section of wall that united it with the Torre de la Plata, which formed part of the walls of Seville that defended the Alcazar. It is a tower formed by three sections. The first dodecagonal section was constructed between 1220 and 1221 by order of the almohade governor of Seville, Abù l-Ulà.

The second section, also dodecagonal, was constructed by Pedro I, the Cruel, in the 14th century. The upper cylindrical section completed the tower, being built in 1760 by the military engineer Sebastián Van der Borcht. It was declared an historical-artistic monument in 1931.

You may wonder: why this event so popular? If you do, find more info about it here.